Gate openers or gate operators are one factor in access control, but there are many more. Gates can come in many shapes and sizes and for many different reasons. Sometimes we need fences to keep things out like wild animals or trespassers and other times we need them to keep things in, like children and pets. Other times we just need them to define the boundaries of our properties. Our team at Gate Guy OKC know everything there is to know about gates and the wide range that is available on the market to help you make the perfect selection for your property.

We are the leading team of professionals in Oklahoma City when it comes to driveway gates, access control and gate openers.

We have been servicing our community in the Oklahoma City metropolitan area, for many years and have grown a strong reputation for our brand through our high quality servicing and knowledge of how to help you address your access control and entry management issues.

Problem solving is what we are passionate about and finding the right access control solution for our clients and ensuring their satisfaction gives as a sense of pride.

Our team are known throughout our local area as the experts for everything related to gates. This means that we provide a range of different services to ensure that we are able to meet each of our clients needs relating to the gates within their property. These services include driveway gates, gate operators, privacy fencing and access control. To enable us to provide the service levels our clients have come to expect from us we work with a range of gate opener brands and types. We have briefly explained these services here, however if you would like more detail on them place follow the links through to the dedicated services. 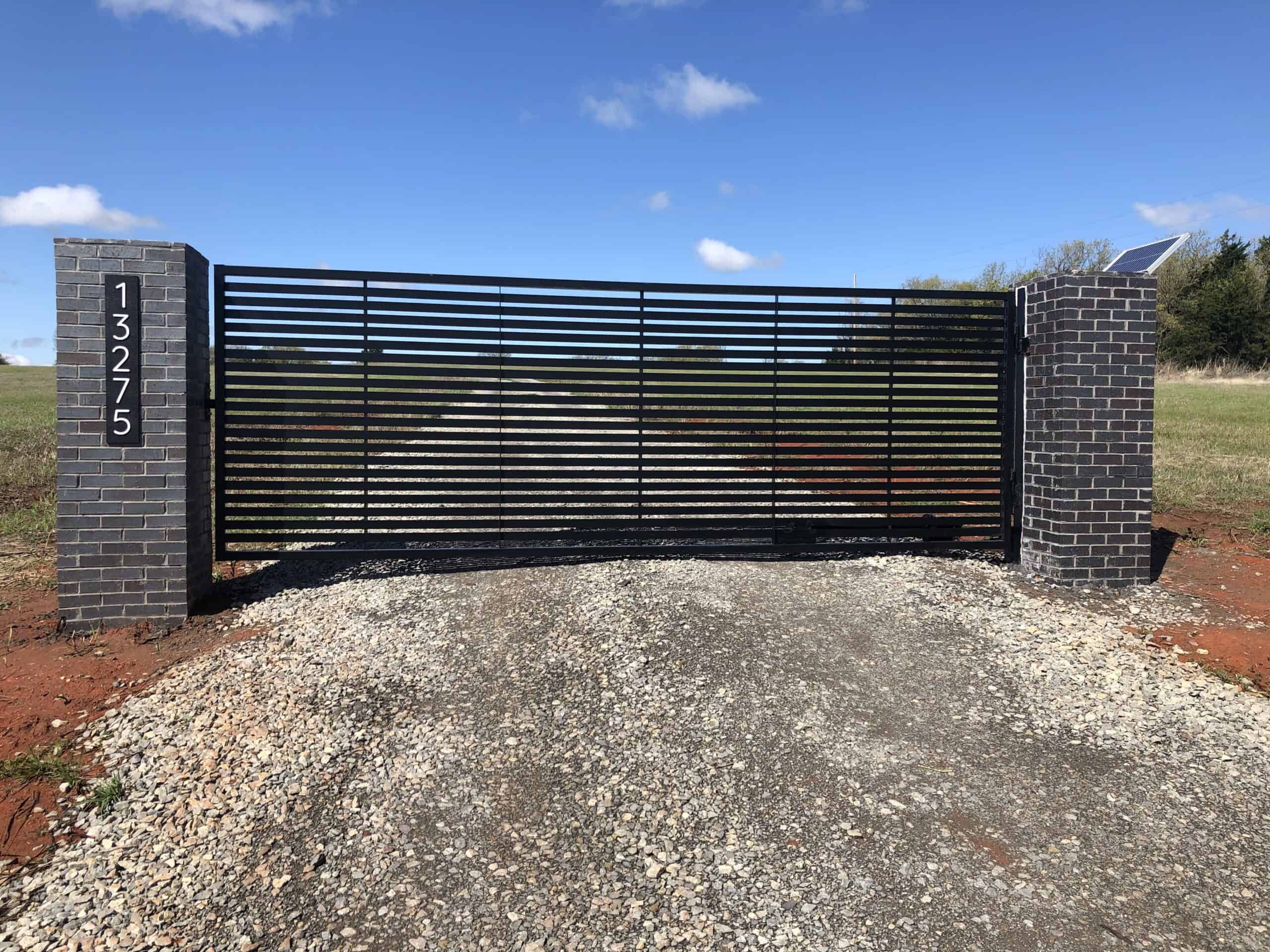 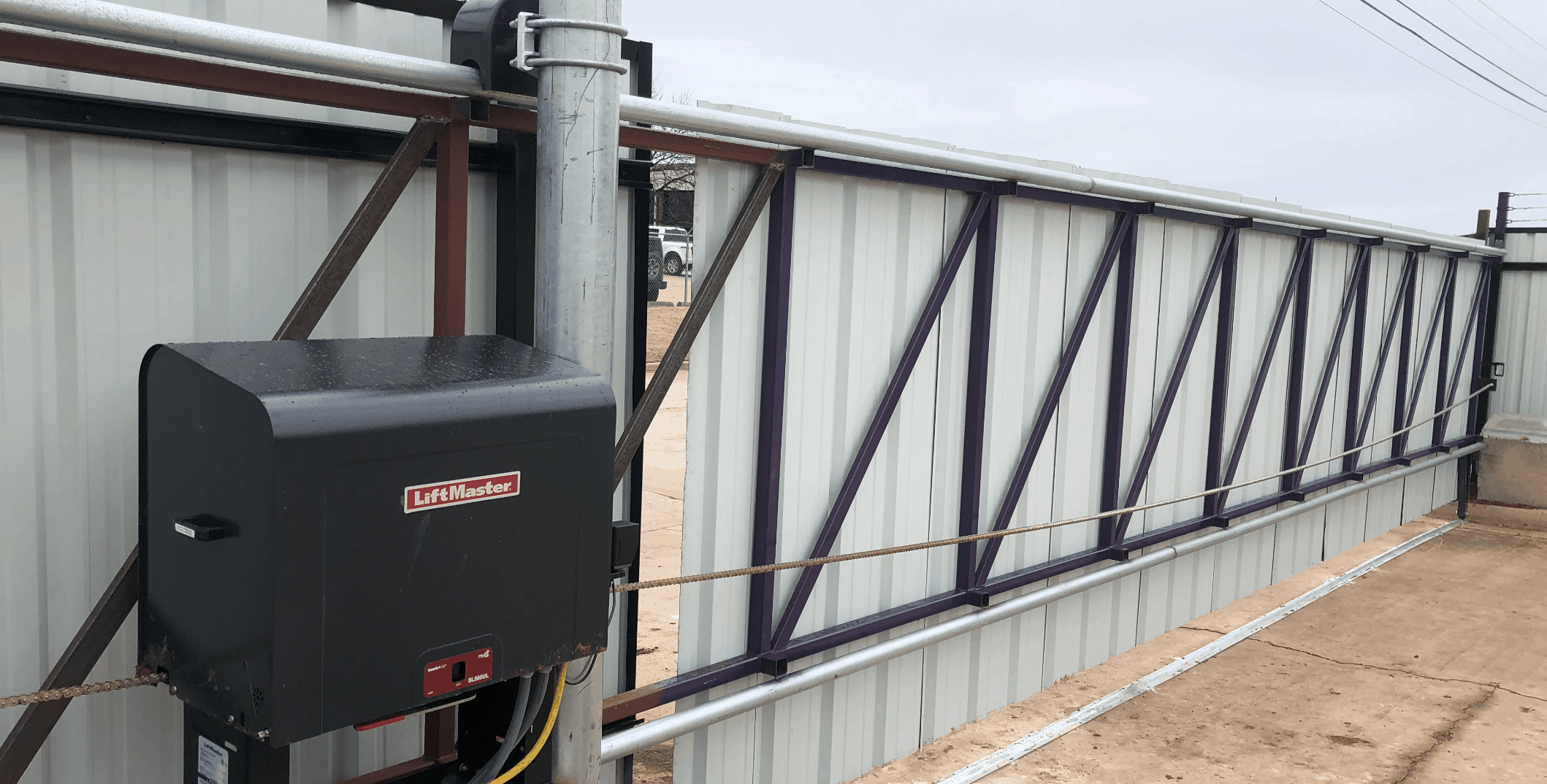 To make sure that our clients are able to have the best possible gate both in manufacturing and installation, we work with some of the top gate opener brands. The gate openers we frequently use and recommend include LiftMaster gate opener, US automatic gate opener, Apollo gate opener, HySecurity gate operators and Doorking gate openers. These are all well known reputable brands so you can rest with confidence knowing that your gate is in the safe hands of the experts.

“I had them install an ornamental iron fence with a driveway gate and operator. Completed the job exactly when they said they would and everything has worked great..” - Ron H 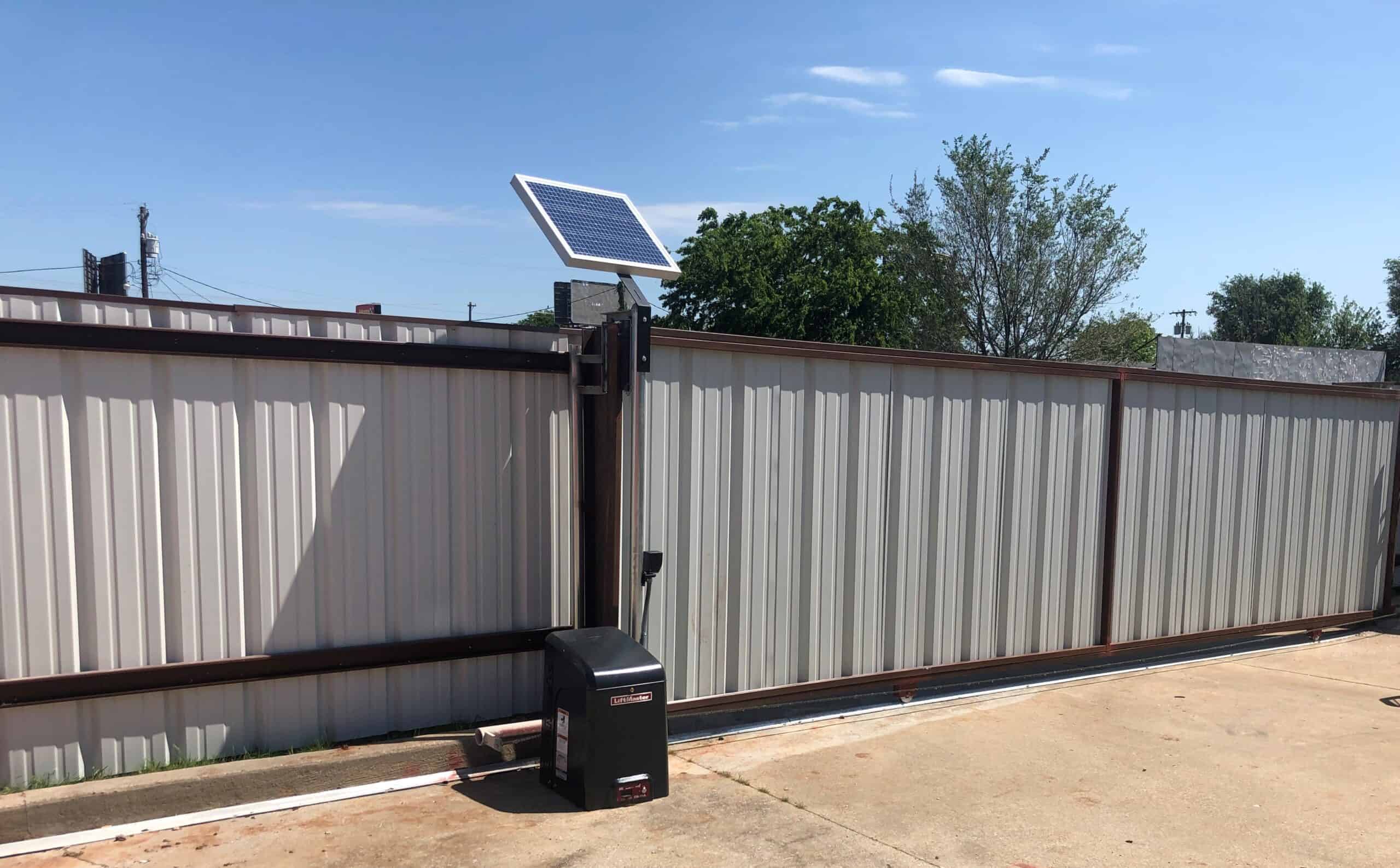 “The install was done in one day. It was exactly what we asked for. Very courteous and professional. We love this gate.” - Gary W 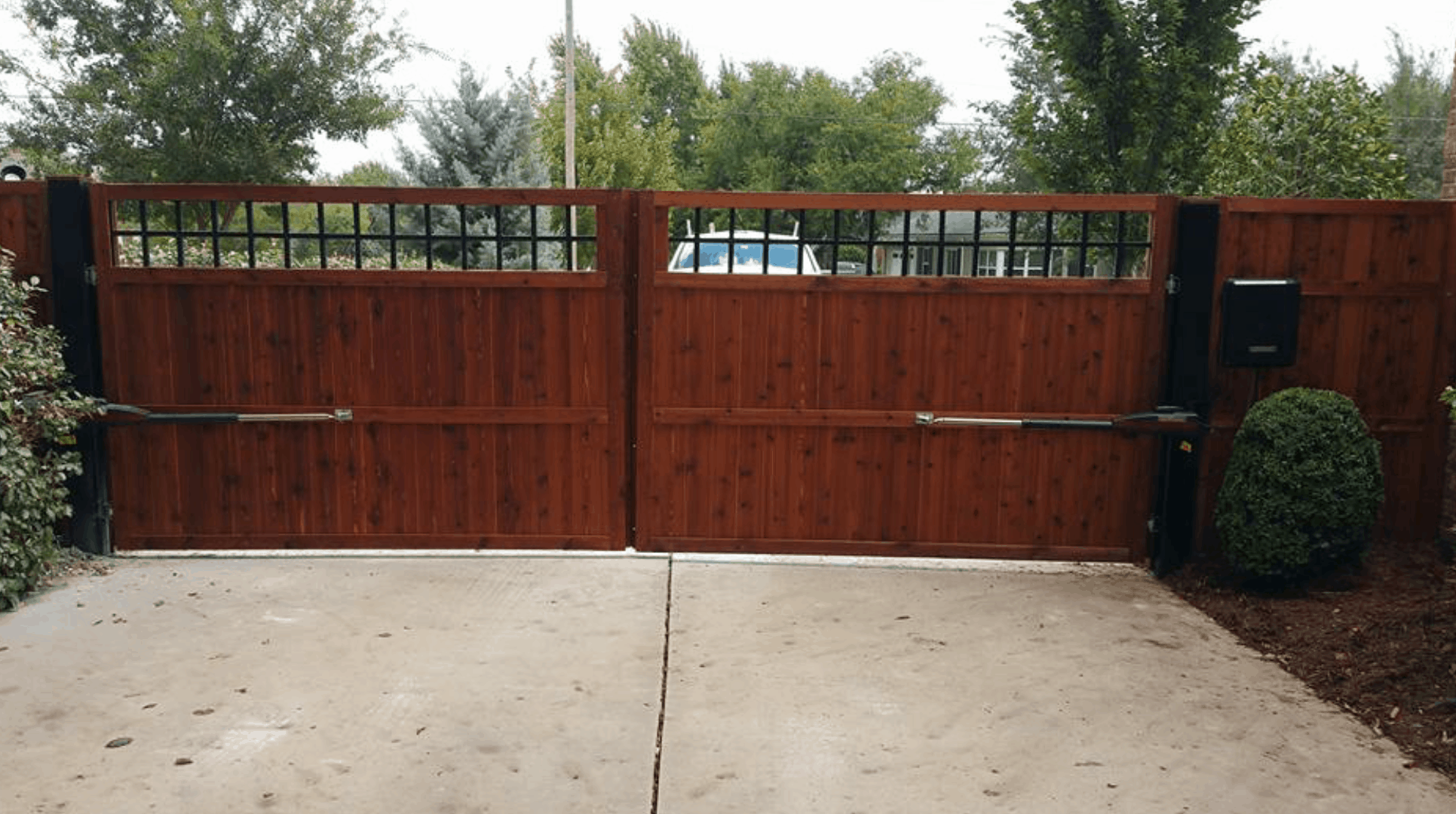 As a professional gate and fence company, we are well known throughout Oklahoma City for our metal fences, dog fences, stockade fences as well as a number of gate solutions. If you have the requirement for a fence or gate and want it to reflect the high standards in which you keep your property, you need to contact the experts. We will work with you to find a solution that is functional and aesthetically pleasing. 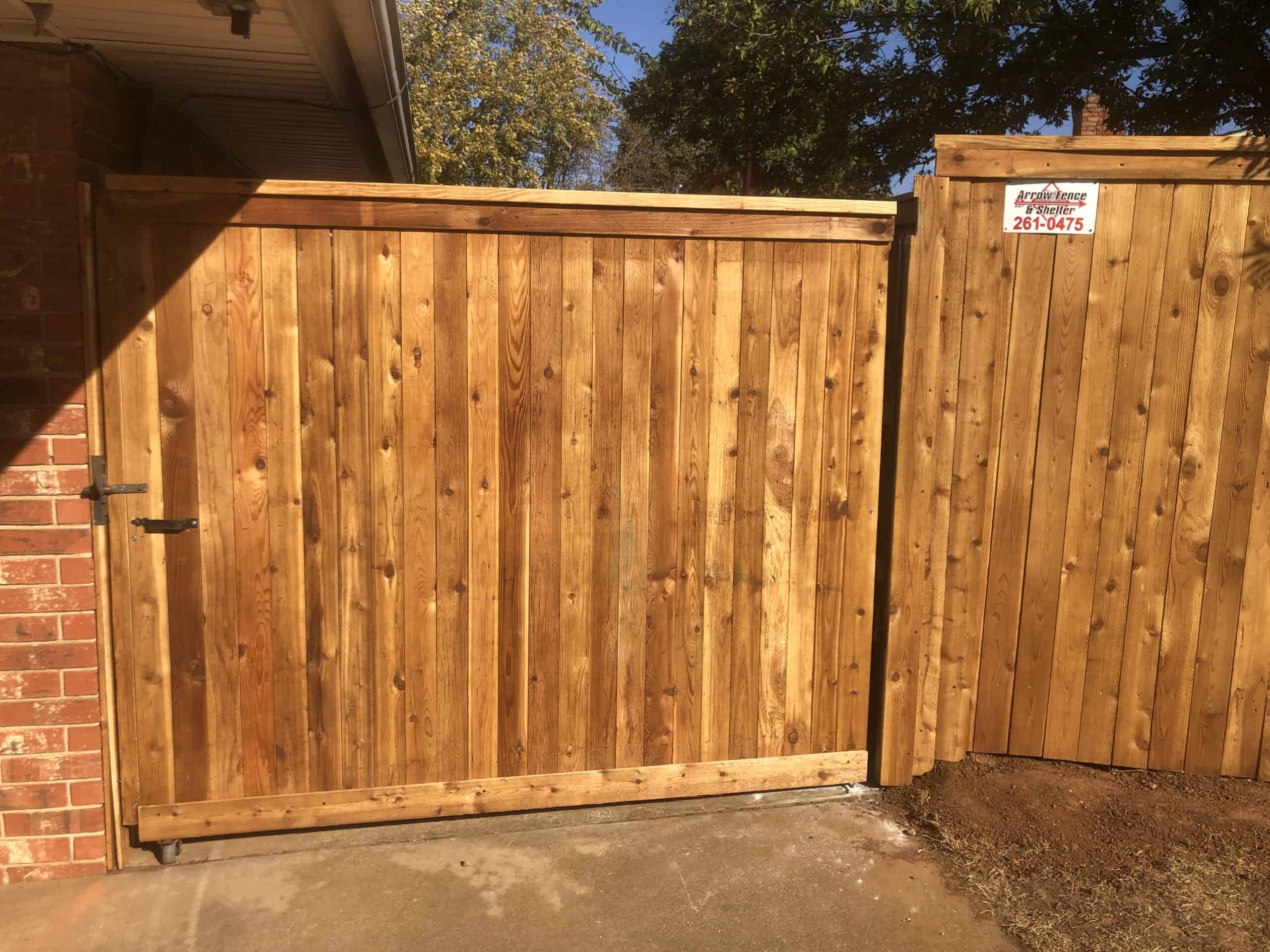 Whether you are a residential or commercial property owner, something we all have in common is our desire for privacy. We provide our clients with a range of privacy fences which include both wood fences and vinyl fences that will blend in nicely with the presentation of your property, as well as providing you with the privacy you greatly need. 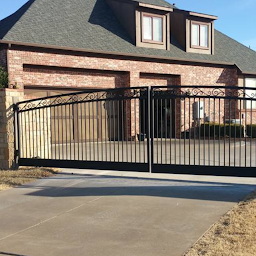 Ron Hubble
I had them install an ornamental iron fence with a driveway gate and operator. Completed the job exactly when they said they would and everything has worked great.

Jon Sissney
Great communication and professional done job. Definitely will use this company on future projects!

Gary Warren
The install was done in one day. It was exactly what we asked for. Very courteous and professional. We love this gate.

Oklahoma City's city limits extend into Canadian, Cleveland, and Pottawatomie counties, though much of those areas outside the core Oklahoma County area are suburban tracts or protected rural zones (watershed). The city is the eighth-largest in the United States by area including consolidated city-counties; it is the second-largest, after Houston, not including consolidated cities. We serve homes and business throughout this area through installing gates, gate operators and access control.

We install Gate Openers, Access control and Driveway Gates throughout OKC and the surrounding area, including:

If you have the requirement for a gate or fence within your property, our team of experts will gladly be of assistance to you. We are experienced in the design and installation of a range of different fences whether they be for functional or privacy requirements which can help you to find the perfect solution for your property. If you are interested in hearing more about the services we offer, would like to know our pricing or want to book in a service, please don’t hesitate to call our team of friendly staff.